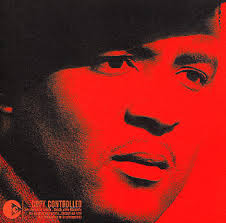 Honest Jon's is an independent record shop in Portobello Road in London which has been on the go since the early 70's
In 2002, in association with Damon Albarn they set up a record label of the same name .
They release a fairly eclectic mix of stuff  including some tremendous soul anthologies including Candi Staton (of whom more later), Bettye Swann and the mighty Willie Hightower with the letters of their names depicted in individual heart shapes on the spine of the cover.
I'm off on holiday tomorrow for a week to deepest darkest Perthshire and hopefully will come back with some new purchases.
On my last visit to Pitlochry I came away with Natacha Atlas and Bally Sagoo so here's hoping
As I will be off air for a wee while I will leave you with two absolute classic cover versions by Willie T  of songs by Joe South and OB McClinton.
Southern Soul at it's finest

Willie Hightower - Walk a Mile in my Shoes

Willie Hightower - Back Road into Town
Posted by Charity Chic at 17:10