A Little Bit of Culture 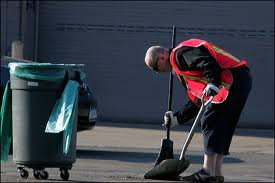 Sorry Reggae fans it is not the mighty Culture (as Mr Peel was prone to say) but Boy George and the boys
The featured track is 1983s (OMG - 30 years ago!)  single Church of the Poison Mind from the album Colour by Numbers with terrific backing vocals by Helen Terry.
I know they were pretty naff but some of their songs, including this one, were pretty good.
Boy George's autobiography Take It Like a Man is an amusing read.
Doesn't he look Pretty in Pink( gives me a thought for a new post!) doing his community service after the handcuffing a male escort to the bed incident?

Culture Club - Church of the Poison Mind
Posted by Charity Chic at 08:31