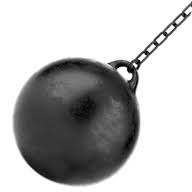 It's the last swing of the wrecking ball today as it demolishes everything left standing.

Let's start with Neil Young with his song from 1989's Freedom album. Rather unkindly described on a list I googled as an absolute dumpster fire .Not as bad as that but not one of his strongest songs and certainly not a patch on  the cover by Emmlou

I'm slightly cheating with my last offering given that it is titled My Wrecking Ball but that is close enough I reckon.You will recognize the voice as being that of Ryan Adams.
From his self titled 14th album from 2014.
Is it only me or does anyone else get annoyed when a band or artist releases anything other than their debut album eponymously?

Ryan Adams - My Wrecking Ball
Posted by Charity Chic at 08:00