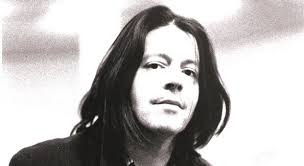 I was saddened to read of the death of Grant Hart at the age of 56 after a long battle with cancer.
I must admit that I am not familiar with his solo stuff other that knowing that it has been critically acclaimed.
For me and many others he will be best remembered as the drummer and co-songwriter of the legendary
Hüsker Dü.

Husker Du -Too Much Spice

Husker Du - Don't Want to Know if You Are Lonely

Husker Du - No Promise Have I Made