Springsteen Covered -Because the Night 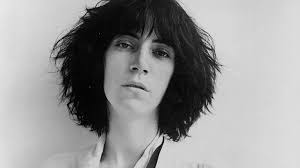 And now for something completely different. I'd always though that Springsteen had "given" Because the Night to Patti Smith. It turns out that she altered the lyrics resulting in the classic version being credited to Springsteen/Smith
Bruce's take on this turns up on The Promise.
Although never released as a studio version he performed it during the Darkness Tour using the original lyrics and I have managed to track down a copy.
Bruce may have originally written this but it is Patti's version for me all day long.Absolutely no contest.

I can't believe that anyone out there would disagree

Bruce Springsteen - Because the Night

Patti Smith - Because the Night

Bruce Springsteen - Because the Night (live/original lyrics)
Posted by Charity Chic at 08:00