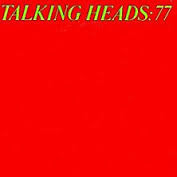 No, it's not my age although it does feel like it sometimes.
Rather it is the debut album from that year by Talking Heads.
I've had the urge to feature this for a few days now and I find it best not to fight such things.
I love the Velvets influences and the fact that sometimes it sounds like it is at the wrong speed - particularly on Psycho Killer.
Despite the influences a totally unique and original sound and an introduction to a band who excited us all for a good few years.
It was maybe ok in 77 (Labour in UK and Jimmy Carter in the US) but they have got it wrong with the current regimes (on both sides of the pond) with the title of the second number featured below.

Talking Heads - Don't Worry About the Government
Posted by Charity Chic at 08:00