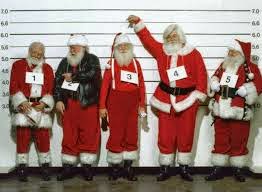 As it is the Sunday before Christmas it is perhaps time for some Christmas Soul and who better to kick is off than the Reverend himself.
It has to be said, however, that The Christmas Album, is probably not Al Green's finest half hour. Nevertheless he enthusiastically embraces his subject as one would expect from a man of the cloth.

I've stopped short of providing you with two of Al's seasonal offerings.
Rather, for the second choice we have something better altogether and something I suspect will feature/have featured at Drew's place.
It's Johnny and Jon with Christmas from Vietnam from 1966 in my case taken from the fabulous Kent album A Soldier's Sad Song -Vietnam through the eyes of Black America 1966-73

Johnny and Jon - Christmas in Vietnam
Posted by Charity Chic at 08:00