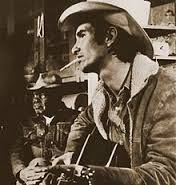 Mr Earle was such a fan of his mentor that he named his eldest boy after him. Justin Townes Earle has gone on to a successful musical career.
I had the privilege of seeing Townes live twice before his death on New Year's day 1997.
The first time was at Glasgow's King Tuts Wah Wah Hut and the second was at the County Hotel in Perth.
My pal and I decided to make a night of it and booked into the hotel. Imagine our excitement when we learned that Townes was staying in a room down the corridor.
One beer led to another leading to my pal "accosting "Townes with the demand that he "play Loretta Townes, play Loretta."
To his credit he duly obliged but being somewhat traumatised he forgot the words!
Still a total genius though