If I'd Stayed with you in Colorado 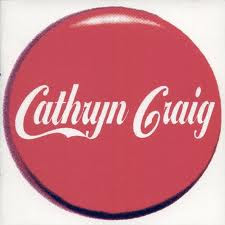 The only other act I ever saw at the County Hotel , Perth was Cathryn Craig.
Her self titled album from 1997 was released by Perth's very own Goldrush Records.
Goldrush was a great record shop but I'm not sure if it is still there - I hope so!

A couple of years later I saw Cathryn again at Blackfriars in Glasgow.
My pals and I got chatting to her at the end of the gig and mentioned (in a very polite way) that we were a wee bit disappointed that she hadn't played Colarado.
She promptly pulled up a chair, got out her guitar and exclusively played it for the three of us!
Quality.