When Skiffle Was King 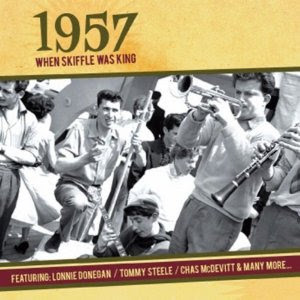 1957 was when Skiffle Was King according to the above CD which I bought for 99p in the Salvation Army,  Coatbridge the other day.
There is some good stuff on it, not necessarily all skiffle and one or two dodgy tracks as you would expect - Chris Barber's jazzy version of When the Saints Go Marching In and Jim Dale (of Carry On fame) doing Be My Girl.
It was quite interesting to hear the original versions of some tracks I've got by other artists eg the first one up which I've got by Dave Edmunds.
Have never heard of or heard the second track  before but it's jolly good.
I wasn't going to post Lonnie Donegan as I've plans for a post featuring him later.
However this incendiary live track is absolutely awesome and puts most of today's artists to shame and was too good to leave out.