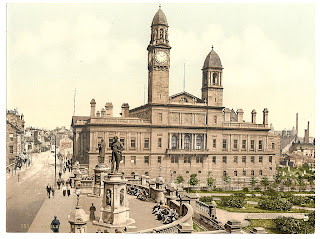 Next up in my occasional series on Paisley artistes is Jill Jackson erstwhile lead singer from Speedway who had a couple of hits Can't Turn Back and In and Out from their 2004 album Save Yourself.

In an interview Jill pointed out that Paolo Nutini used to do the merchandise at Speedway gigs.

A few years later Jill reinvented herself as a solo singer song writer in a Country stylee.
I've seen her live a few times supporting acts such as Kevin Montgomery and she has never been less than excellent.

These tracks are taken from her 2010 album Back to Zero. I was slightly disappointed when I got it, not because it isn't good, which it is, but because it wasn't as countryish as her live act.
She had a follow up album in 2012 Getaway Driver.
If you get the opportunity to see her live, check it out