I bought the CD single of Tum Bin Jiya a number of years ago for 20p (about a quarter for our American friends). 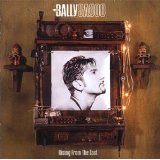 I bought it together with Natacha Atlas' Diaspora which has previously featured on this blog.
I should imagine that they were both donated by the same person.It was a pleasant find.
It is a good album but one I tend to dip in and out of rather than playing in a oner.

Here is the album version of the aforementioned track