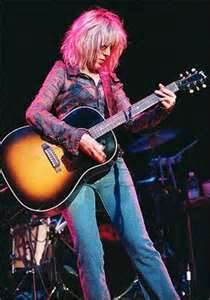 Never the most prolific artiste she has probably only about a dozen albums to her name.

Prior to her American career kicking off in the early 80's she had two bluesy albums on Smithsonian Folkways re-released when she finally got the recognition she deserved.

Happy Woman Blues was first released in 1980 with all the tracks written by her.
He first album however was Ramblin' released in 1978 and was a series of covers of Blues standards.

For a while this was the only Lucinda album I didn't have and I finally tracked in down in the Oxfam Music Shop in Byres Road, Glasgow (which I suppose constitutes a Charity shop of sorts).

Here is her cover of the Memphis Minnie classic;

Lucinda Williams - Me and My Chauffeur