I have a preference for Country tinged Southern Soul such as James Carr, O.V.Wright and the songs of Dan Penn and Spooner Oldham as opposed to its Northern counterpart.

For those interested in the Southern genre check out the two excellent 3 CD Box sets from the mighty Kent Records:
Take me to the River - A Southern Soul Story 1961-1977 and
The Fame Studios Story 1961-1973 Home of the Muscle Shoals Sound (which features the Osmonds and Bobbie Gentry as well as some stonkin' soul!) 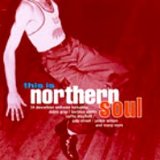 Purchased for a quid from Debras in Clarkston Toll, Glasgow which is now a bathroom emporium.

Curtis Mayfield - Move On Up