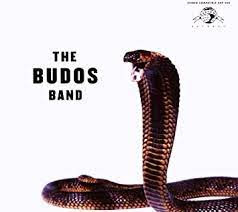 I've long been an admirer of Daptone Records from Brooklyn, New York the label who gave us Sharon Jones & the Dap-Kings.

In addition to a few of the late great Sharon's records I picked up a sampler called Daptone Gold which features a number of the artists from their stable. One of the acts which weighed in with a few tracks were Staten Island Afro  beat funkers The Budos Band.

I was pleasantly surprised to see a copy of their 3rd album the imiginatively titled Budos Band III  from 2010 in a St Andrews charity shop and naturally I swooped.

There are 10 instrumentalists on this record led by  Jared Tankel on baritone saxophone. They were also involved in providing back up to other artists on the label including the late Charles Bradley whose 2013 album Victim of Love is an absolute must have.

The review by AllMusic feels  that while they fit the Daptone label's groove-centric aesthetic, III reveals a new direction, offering the view that they are also something other. This 11-song set, recorded in 48 hours, offers a darker, more spacious tinge. Elements of psychedelic, Middle Eastern, and even Latin sounds have entered their mix, without sacrificing their dance party cachet.

If you are in the mood it can be consumed in a single sitting. It is also one that you can dip in and out of.