A few years ago I mentioned to Donno that I had bought a PJ Harvey album.
He responded with the immortal words " PJ Harvey? He's good!"
This picture is for his benefit! 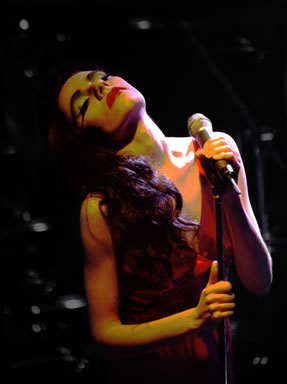 About a year ago in a charity shop in Fort William I purchased Bizarre Nightmares a bootleg of a performance Live at the Bizzare Festival Cologne 1998.
It's not really my cup of tea to be honest

However the anti war concept album Let England Shake is a different kettle of fish entirely (getting a bit carried away with my metaphors!) A top top record.
I got this for a couple of quid in St Andrews a  few weeks after it won the Mercury Music Prize -total bargain!

Take those problems to the United Nations Polly!